L'Excès > Sortir > Pubs > Chez Net
The English have been visiting the riviera since way back in 1763 when novelist Tobias Smollett first visited the area during his travels through France and Italy. At the time, Nice was an Italian city, and Villefranche sur mer would have been known as Villafranca (as still seen on some of the road signs to date). More than 250 years later, we’re here in greater numbers and have been joined by people from all corners of the Earth.
It’s not hard to see why, if you’re energetic enough to hike up to the Fort Mont Alban, which i personally do at least four times a week…. on my scooter, look across the natural bay (la Rade) of VSM to the lighthouse and you’ll be looking at undoubtedly one of the most beautiful mountain/sea views in the world. In fact, with its curved mountainous bay where the Alps dip their feet into the cool mediterranean water, you’re never too far away from a fantastic view.
In the summertime, the town is visited by all nationalities, but even in the winter time, when the local villefranchois like to hibernate, the expats are braving the elements to frequent the bars and restaurants... (to be continued) 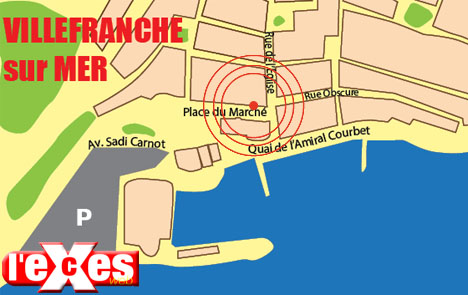